Punta di Campomoro is a peninsula on the west coast of Corsica, close to the town of Propriano. As many other peninsulas on the Corsican coast, it is guarded by a tower that stems from the era the region was dominated by the Genoese (16th-17th century). The entire coastline from the Campomoro cape down to Tizzano is rather untouched naturally, and is lined with picturesque eroded rock formations.

I make a packraft tour that takes me back and forth from the Campomoro beach to Punta di Scalonu, crossing the Campomoro bay and rounding Punta di Campomoro (9 km, 3 h). There is little wind and the swell therefore does not cause problems. I enjoy paddling through various rock cities, and realize that it is easier for me to get close to the rocks than for the motor yachts, sailing boats and bulky kayaks that pass in the distance from time to time.

One annoying problem with shooting GoPro footage while being out on the sea is that it often happens that the lens gets covered with a layer of salt, making the imagery rather blurry. Unfortunately, the same happens this time. 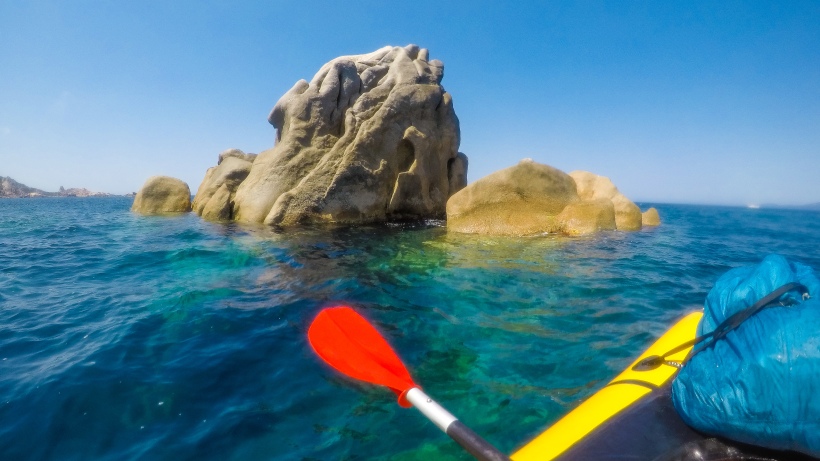 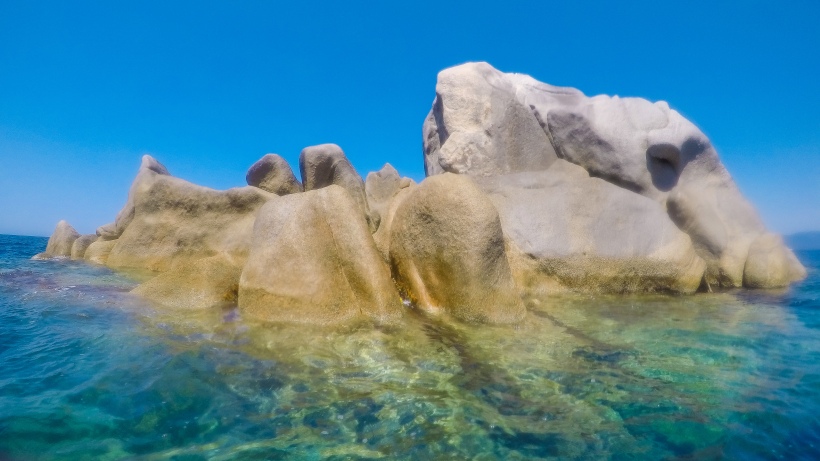 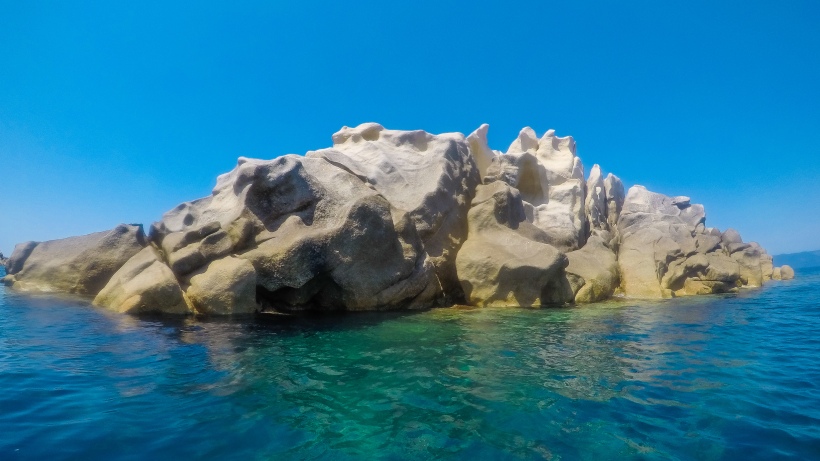 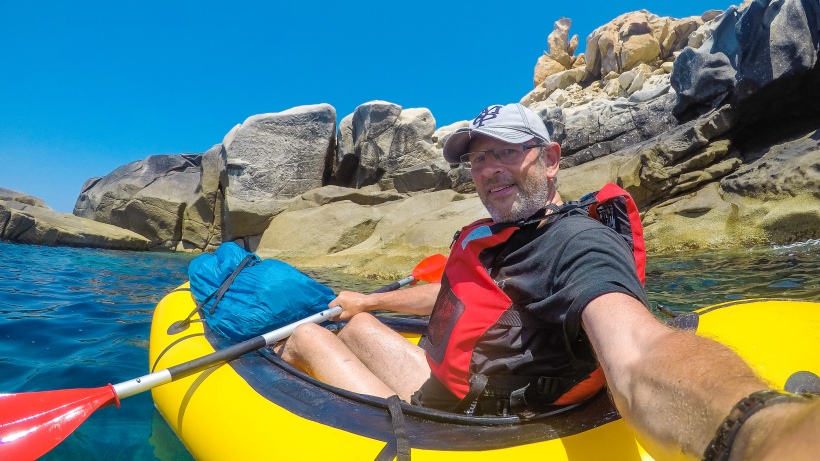 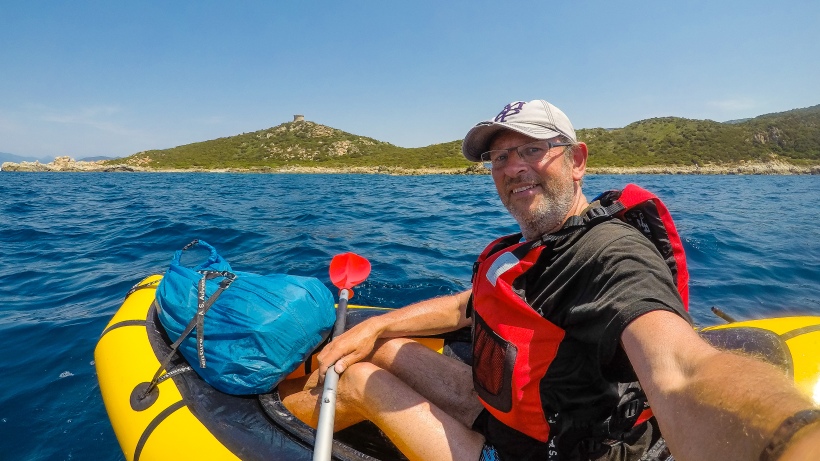 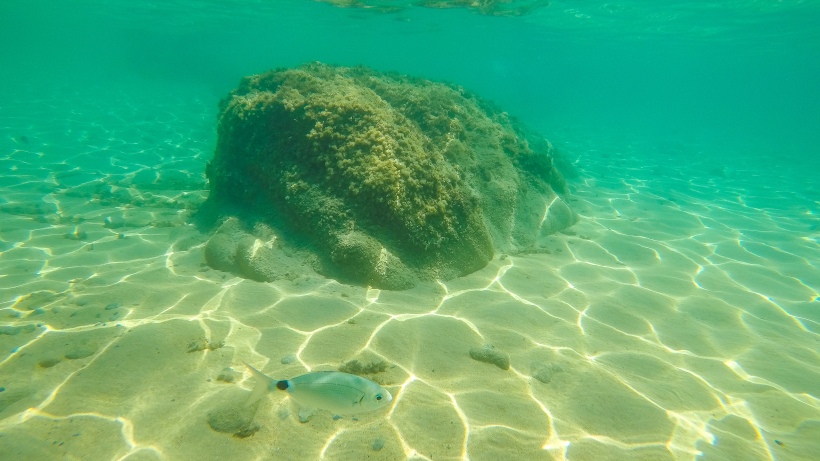